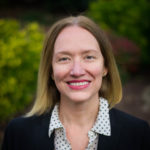 Email Alessandra
Alessandra D’Ovidio joined Classical Movements in 2006. Part of the senior management of the company, she has experience planning and executing some of the most complex orchestral and choral tours in many of the most challenging destinations, producing both concerts and collaborations in various countries. A certified costume designer and marketing consultant, Alessandra speaks fluent Spanish, Italian and English. Venezuelan-born, she’s lived in Italy and the United States and has worked as production manager and resident costume designer at GALA Hispanic Theatre. She has also served as a curator for ArteAmerica with the Washington Performing Arts Society, producer for “Encuentros” in the Smithsonian Institution at the Museum of American History and marketing and public relations specialist for the Kennedy Center’s AmericArtes Festival. Holder of a bachelor’s degree in fashion and costume design from the Accademia di Costume e Moda in Rome, Alessandra’s costume designs for Washington metropolitan area productions earned her two Helen Hayes Award nominations, in 2000 and 2002. An expert on Latin American arts and culture, she’s known for her ability to bring together entire arts and entertainment communities.