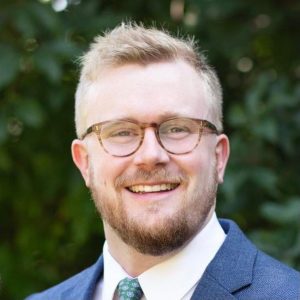 A lifelong musician and classically trained pianist who recently earned a Masters in Ensemble Singing from the University of York in York, United Kingdom. He is a professional singer as well – a member of the choir of Washington National Cathedral. Carter is a proud alum of Oberlin College, where he received a Bachelor’s degree in Theater. He is an avid Anglophile, having lived in the UK on several occasions and studied its music, culture, and history extensively. He is also a lifelong traveler, and has been to forty of the fifty United States, as well as much of Europe. Carter speaks conversational French, and is learning Italian and German through his vocal studies. He is passionate about and skilled at music and performing arts administration. He is particularly interested in the development and promotion of the performing arts in low-income communities. Hobbies include salsa dancing, Southern cooking, and James Bond movies.