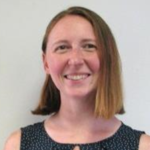 Bonnie Shappell has been involved in both music and travel from a young age. Born in New Jersey, she grew up playing many instruments, including the piano, flute, saxophone, trumpet and French horn, which she has played professionally since. She’s toured Australia, North America and Europe with various groups, including Monty Python’s Spamalot and the People to People Student Ambassador program, where she earned the Ambassador of the Year Award. Bonnie holds a Bachelor’s of Music degree from Rutgers University and has performed with numerous Broadway musicals, championship brass bands and at venues such as the Kimmel Center and Carnegie Hall. Prior to joining Classical Movements, Bonnie held administrative positions at the New York Philharmonic, Philadelphia Museum of Art, Grand Teton Music Festival and taught music to middle school students at El Sistema-inspired Play On, Philly! Bonnie enjoys hiking, biking, rowing and spending time outdoors.