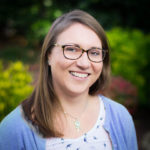 Email Alex
Prior to joining Classical Movements, Alex Plueckhan spent a lot of time traveling the globe, living in six countries before returning to the United States, her birth country, in 2013. Fluent in English, German, Spanish and conversational in Portuguese, Alex lived most of her life as a German citizen, where she earned her B.A. in Languages, Literature and Culture. Learning the violin as a teenager, she realized that she preferred to work with musicians, rather than becoming one, herself. In fact, Alex’s professional background is in youth orchestra management and programming with El Sistema-inspired programs. In her free time, Alex loves to dance salsa and is a firm believer that chocolate makes her happy, no matter what.