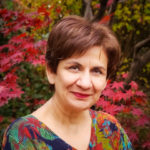 Born in India to a musical family, Neeta Helms studied piano from the age of four, singing in public and in choirs since age five. Neeta holds a B.A. in Economics and an M.B.A. from India’s top institutions. Since 1992, she has built Classical Movements into the premier music touring company, offering services to world-class orchestras and choruses, world-renowned conductors, composers and soloists, as well as numerous celebrated institutions. Neeta has led trailblazing tours all over the world, including Russia, only a year after the fall of the Soviet Union.  In spite of constant challenges, Neeta has made a deliberate effort to take ensembles to frequently overlooked destinations, currently operating in 145 countries. Neeta is especially attracted to meaningful and pioneering projects, including this year’s Cuban-American Youth Orchestra, the Minnesota Orchestra’s historic tours to Cuba and South Africa, bringing musicians from the Iraqi National Symphony Orchestra to Washington, D.C. in the early days of the war and arranging for musicians from 65 countries to participate in the YouTube Symphony Orchestras in New York and Sydney.

Since the earliest tours, Neeta has advocated for genuine exchanges with local cultures and musicians. Whether members of the Cincinnati Symphony performing in an informal workshop with Syrian refugees in Utrecht, Johannesburg-based Gauteng Choristers and South African soloists joining the Minnesota Orchestra and Chorale for performances of South African songs and Beethoven’s Ninth Symphony or choirs and singers from 40 countries singing together on the stage of the Kennedy Center, collaborations that transcend cultural differences are central to Neeta’s vision.

In addition, Classical Movements has created choral festivals on four continents, a one-of-a-kind young artists program in Prague and has commissioned 89 new works by 82 composers from 23 countries, with 51 being women and composers of color.

Neeta has traveled to 98 countries and maintains strong professional and personal relationships around the world. In 2014, Classical Movements was awarded the BCA10: Best Businesses Partnering with the Arts in America by Americans for the Arts. In 2017, Neeta was named one of Musical America’s Movers & Shapers, and she has been nominated for the 2019 Classical:NEXT Innovation Award.

Neeta speaks English and Hindi fluently, as well as basic German, French and Spanish. Her greatest passion, outside of work, is spending time with her boys, Remy and Maxim. Apart from family and friends and travel, she loves reading, art, music, politics, puzzles and her garden.