Since 2005, through our Eric Daniel Helms New Music Program we have commisioned 97 new works for orchestra, chorus and chamber ensembles; 94 composers from 30 countries, two-thirds women and/or composers of color and with a commitment to more representative, international repertoire.  Alumni include choral and orchestral composers, both well-established and emerging: John Corigliano, Christopher Rouse, Caroline Shaw, Michael Gordon and Stephen Paulus, as well as Paquito D’Riviera, Tania León, Piret Rips-Laul, two works each by Joan Tower, Bright Sheng and Oscar Escalada and three by Mokale Koapeng. Premiered everywhere from Carnegie Hall to the Kennedy Center to the Teatro Colón in Buenos Aires, Helms-commissioned composers have won Grammys, Pulitzers, Grawemeyers, as well as an Oscar and MacArthur. Named after Neeta Helms’ late father, the Eric Daniel Helms New Music Program is yet another way Classical Movements demonstrates its commitment to both its clients, as cutting-edge artists, and to the wider world of classical music—promoting the creation of fresh, exciting work that encourages international collaboration. 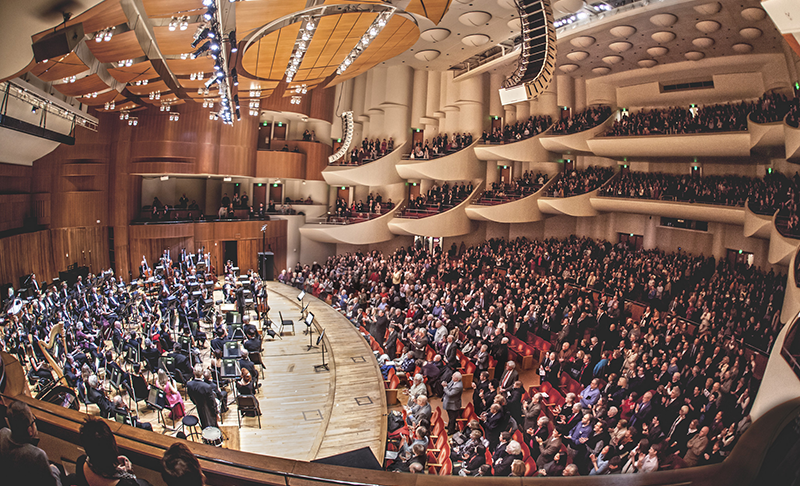 View All Our Composers and Works

For the Serenade! Washington, D.C. Choral Festival’s “World Voices for Women,” works by American composers in honor of 5 suffragists whose contributions have often been overlooked:

9 works for the Serenade! Washington, D.C. Choral Festival: A JFK 100 Celebration in June-July

Watch and Listen to All Our World Premieres

Learning to sing and play the piano was mandatory in the Helms family, remembers Classical Movements’ Founder and President Neeta Helms: “Eric Daniel Helms, my father, was a ‘natural’ musician. He had a splendid ear, taught himself the piano, studied choral scores and could sight-read and transpose anything. Music was a total joy for him, and if he had been born in any European country or the U.S. or Canada, he would have almost certainly become a musician.”

However, studying or being exposed to what was called Western Classical Music was not easy in India, even while Neeta was growing up during the 1960’s and 70’s. When Neeta started taking piano lessons, at age 4, the only piano teachers in Agra, home to the glorious Taj Mahal, were the nuns in the nearby convent or Miss Schroeder, an Austrian lady who struggled to make a living by teaching piano lessons at a local school and in private homes.