With its gilded pagodas, the gentle rush of the Irawaddy River, and an unmistakable air of optimism and energy, the new Burma is a tourist’s paradise in more ways than one. Take in the sights of pre-colonial Burma with its Buddhist temples but don’t forget to visit the unique churches and mosques or the sprawling urban markets of Yangon. Multicity tours allow travelers to witness the full breadth of this spectacular country, while multi-country tours with nearby Singapore, Thailand, or even India reveal the many faces of Southeast Asia.

Classical Movements has been organizing tours to Myanmar since 2012 when the United States reestablished top diplomatic relations with the Burmese government. Past clients have included Yale Institute of Sacred Music and the University of Michigan Men’s Glee Club.

Rudyard Kipling wrote nearly a century ago that Burma is “quite unlike any land you know about.” With the country’s many gilded pagodas, the gentle rush of the Irawaddy river and an unmistakable air of optimism and energy, his statement remains true today.

Bordering India, Bangladesh, China, Laos and Thailand, Burma (or Myanmar) is a land of natural and cultural diversity. Traveling southwards through the country, you will encounter mountains and cooler temperatures, central farming plains, lush forests and resort-like beaches. All throughout, you will experience a national culture that has been developing since 200 BC characterized most vividly by a special syncretism of Hindu, Buddhist and local animist traditions and evidenced by spectacular monasteries, religiously inspired dance theater and a shared reverence for Buddhist monks. That said, colonial influences have contributed strongly to the establishment of large Christian and Muslim minorities as well as a love of Western music. 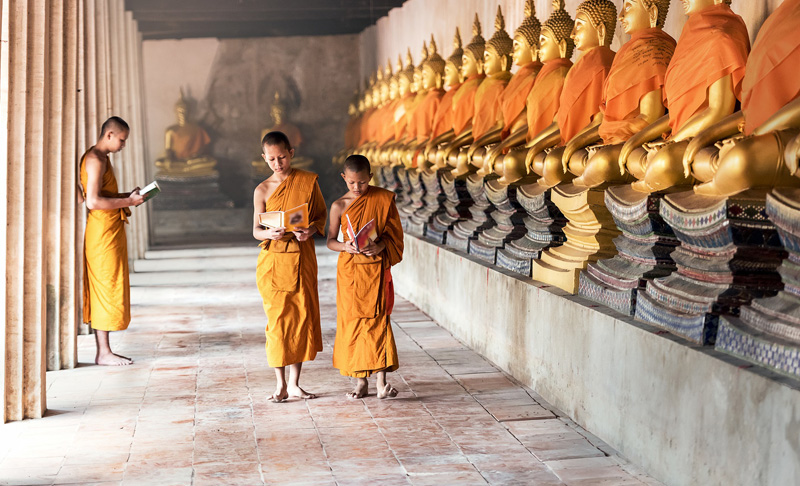 So take in the sights of pre-colonial Burma with its Buddhist temples but don’t forget to visit the unique churches and mosques or the sprawling urban markets of Yangon. A peaceful river or beach tour may be more your scene, but be sure to talk to the friendly and hospitable locals who will tell you all about their unique cultures and histories. Wherever you go, you will be able to find something new to explore in this unforgettable destination.

“Thank you for making this trip to Burma possible for us. It was a lifelong dream of ours. Burma was absolutely fascinating, we always felt safe there, the Rangoon Hotel was one of the best we ever stayed in with a fantastic breakfast, our guide Moe was fascinating and one of the finest we ever had with a great sense of humor and candor. What a fascinating experience we had in Rangoon, Bagan and Mandalay. What a special effort you made for us especially after the superb China concerts and tour for our students. This was an unforgettable trip.”

“Our tour to Japan, Singapore and Myanmar was a revelation. Our students performed the B Minor Mass to sold-out houses in some of the top concert halls in these countries. We owe Classical Movements our great debt not only for attending so well to the practical details, but for understanding and being sensitive to our mission of using sacred music to reach out to the cultures of the world. Maestro Suzuki joins me in congratulating Classical Movements!”