From the shores of Nova Scotia to French-speaking Montreal and the rushing waters of the dramatic Niagara Falls all the way to hip, bustling, and diverse Vancouver, the world’s second-largest country has no shortage of sights to see and a wide spectrum of cities to travel and perform in.

Classical Movements has been arranging tours in Canada since 1996. With fluent French speakers and knowledgeable musicians on staff as well as local contacts and tour guides, concerts, collaborations and homestays have been part and parcel of many of our Canada tours. Past groups to Canada include the English Concert, the Moscow Symphony, University Glee Club of New York City, Young People’s Chorus of New York City, Iowa Youth Chorus, Wits Choir (University of Witwatersrand) and Fairfield Children’s Chorus. 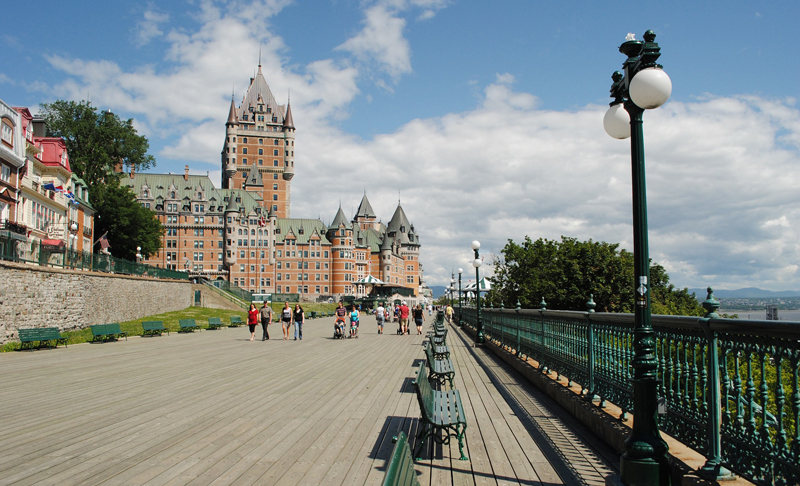 “We were thrilled with Classical Movements and the wonderful opportunities they made possible for the ACC on its recent tour to the USA and Canada. Excellent planning, beautiful performance venues, great audiences, comfortable accommodation, exciting sight-seeing opportunities and terrific tour guides made for a fun-filled, action-packed adventure, which ran smoothly from start to finish. The staff at Classical Movements were a pleasure to work with, both before and during our tour, and I would thoroughly recommend this company to any musical group wanting to tour with an experienced, well-organized agency, who go the extra mile to make your tour special. The Serenade! Choral Festival in Washington D.C. was a particular highlight, as it gave our young choristers a fantastic opportunity to share their music-making with some wonderful choirs from around the world, both in rehearsals and performance at the various concerts we were fortunate to attend or participate in. The finale concert in Strathmore Hall was spectacular!”

“We had good performing experiences and the singers really loved the homestays with Les Petits Chanteurs…I especially appreciate that you were calling to check on us. I’ve never had a tour manager call during the duration of the trip. Thank you!”
-Iowa Youth Chorus

“Thank you so much for providing the Fairfield County Children’s Choir with an amazing experience in Vienna, Salzburg & Prague. The concert venues were truly incredible… My choristers, parents, chaperones and I had an unforgettable time both as musicians and tourists. I hope that we will be able to work with you again.”