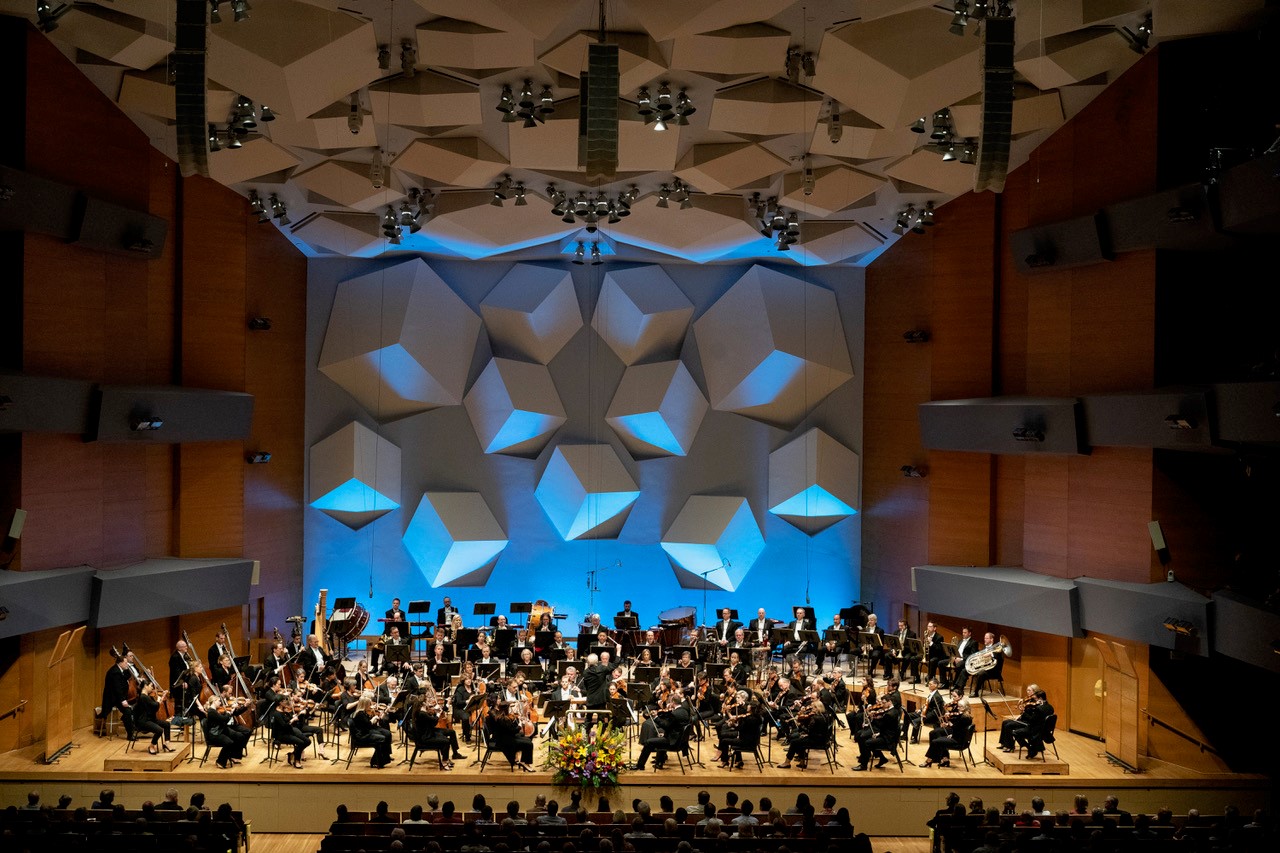 First world-class American Orchestra to visit Vietnam in over a decade, as highlight of 25th anniversary celebration of Vietnamese-American relations

For the first time in more than a decade, a world-class American orchestra will perform in Vietnam when the Grammy Award-winning Minnesota Orchestra performs four concerts in Hanoi, Hue and Ho Chi Minh City in June/July 2020.  At the invitation of the U.S. Embassy in Vietnam, the Minnesota Orchestra and music director Osmo Vänskä will perform at the iconic Hanoi Opera House on 26 June as a central part of a weekend of events to celebrate the 25th anniversary of the normalization of bilateral relations between the United States and Vietnam.

Described by the New Yorker as “the greatest orchestra in the world,” the Minnesota Orchestra features nearly 100 of the world’s most accomplished instrumentalists.  Under the direction of Osmo Vänskä they are particularly renowned around the world for their performances of the great works by Sibelius and Beethoven.

On this tour of unprecedented scope, the Orchestra will become the first American orchestra to play in the Vietnam National Academy of Music’s Great Concert Hall on 27 June and the first orchestra ever to play in the newly constructed Song Huong Theatre in Hue, on 29 June.  They will be the first American Orchestra to perform in Ho Chi Minh City in 21 years and the first to perform in the Ho Chi Minh City Opera House on 2 July.

“Having now worked in Vietnam for nearly 25 years and admired the varied musical traditions represented in the country, I know that this is the moment to celebrate the diplomatic power of music,” said Classical Movements President Neeta Helms.

Through artistic and cultural exchange, this tour will deepen goodwill between people and nations and demonstrate music’s remarkable ability to cross borders, to foster unity and to change lives. Classical Movements will arrange a comprehensive range of musical exchanges and collaborations with community members, artists and students at the Vietnam National Academy of Music and the Conservatory of Ho Chi Minh City, among others. The musical program will include both staples of the Western canon and new works by Vietnamese composers and will feature performances by Vietnamese and South Korean soloists. The full program will be announced at a later date.

“We are humbled to have received this invitation from the U.S. Embassy in Vietnam and thrilled at the prospect of performing in Vietnam to help represent musically the coming together of our nations over the last 25 years,” said Minnesota Orchestra President and CEO Michelle Miller Burns.

“I Believe that music has the extraordinary capacity to bring cultures together and to create understanding between people,” said Vänskä.  “Our tours to Cuba and South Africa have been a very meaningful part of my tenure with the Minnesota Orchestra-and now once more we have the opportunity help build goodwill between countries through music.”

The Vietnam tour will follow the Orchestra’s concert on Wednesday, 24 June, in South Korea at Seoul’s Lotte Concert Hall, a 2,000-seat venue known for outstanding acoustics and uniquely located at the top of the Lotte Mall.

Minnesota Orchestra Touring History
During his tenure, Osmo Vänskä has led the Orchestra on five European tours, as well as an August 2018 visit to London’s BBC Proms, and on historic tours to Cuba in 2015 and South Africa in 2018, both of which were created in partnership with Classical Movements. The Cuba tour was the first by an American orchestra following the 2014 thaw in Cuban-U.S. diplomatic relations, while the South Africa tour—the culmination of a Music for Mandela celebration of Nelson Mandela’s centennial—was the first-ever visit to the country by a professional U.S. orchestra. Both tour experiences came to define the Orchestra’s commitment to “musical diplomacy”: sharing music, cultural exchange and goodwill across international borders and in Minnesota. These modern-day visits carry on a touring legacy for the organization that dates back its first Cuba tour in 1929, as well as a historic 1957 State Department-sponsored tour of the Middle East that featured performances in Iran, Iraq and Pakistan. The Orchestra’s 2020 tour, which also includes an engagement in Seoul, South Korea, marks its first-ever visits to South Korea and Vietnam.

Osmo Vänskä, the Minnesota Orchestra’s tenth music director, is renowned internationally for his compelling interpretations of the standard, contemporary and Nordic repertoires. In addition to the Orchestra’s historic tours of South Africa and Cuba and performances across Europe, he has led the Orchestra in appearances at New York’s Carnegie Hall and Lincoln Center, Chicago’s Symphony Center and community venues across Minnesota.

Vänskä has recorded extensively on the BIS and Hyperion labels. His Sibelius albums with the Lahti Symphony Orchestra for BIS have amassed numerous awards. His first-ever complete recording of The Tempest won the 1993 Prix Académie Charles Cros, and his disc of the original version of the Sibelius Violin Concerto with Leonidas Kavakos won 1991 Gramophone Awards for Record of the Year and Best Concerto Recording.

Vänskä served as Minnesota Orchestra music director from 2003 to 2013, resigned during the organization’s labor dispute, and accepted reappointment to the position in May 2014.

Honors and distinctions awarded to Vänskä include an honorary doctorate from the University of Glasgow. In May 2002 he was honored with a Royal Philharmonic Society Award for his outstanding contribution to classical music during 2001. Musical America named Vänskä 2005 Conductor of the Year, and in 2008 he received an honorary doctorate from the University of Minnesota as well as a Champion of New Music Award from the American Composers Forum. In 2010 he received the Ditson Award from Columbia University, honoring him in particular for his support of American music, and was named by the Minneapolis Star Tribune as its 2010 Artist of the Year.

About Classical Movements
The premier concert tour company for the world’s great orchestras and choirs, Classical Movements creates meaningful cultural experiences through music in 145 countries. An industry leader for over a quarter-century, Classical Movements organizes more than 60 tours every year, producing some 200 concerts every season. Producer of two international choral festivals—Ihlombe! in South Africa and Serenade! in Washington, D.C.—and the Prague Summer Nights: Young Artists Music Festival, in addition, Classical Movements’ Eric Daniel Helms New Music Program has commissioned over 70 works from Grammy, Oscar and Pulitzer Prize-winning composers. Winner of Americans for the Arts’ BCA10: Best Businesses Partnering with the Arts Award, since its founding in 1992, as a truly global company, Classical Movements remains committed to facilitating cultural diplomacy across the world—promoting peace through the medium of music.