Classical Movements began travelling to Brazil in 1996. Enthusiastic audiences and luxurious beaches became a regular feature of tours as musical groups–the National Symphony Orchestra, Toronto Children’s Chorus, the Colburn School, and the Miami Children’s Chorus just a few among them–began touring this naturally and culturally stunning country. Performance venues have ranged from the largest theaters in the biggest cities of Rio de Janeiro, São Paulo and Brasilia, to cathedrals large and small and community centers. The rich Afro-Brazilian music and dance culture, the birthplace of samba, bossa nova and foro, has encouraged many to enjoy dance and drumming lessons. From the colorful biodiversity of the Amazon to the colorful costumes of Carnaval, Brazil has no shortage of sights, performance opportunities and musical inspirations. 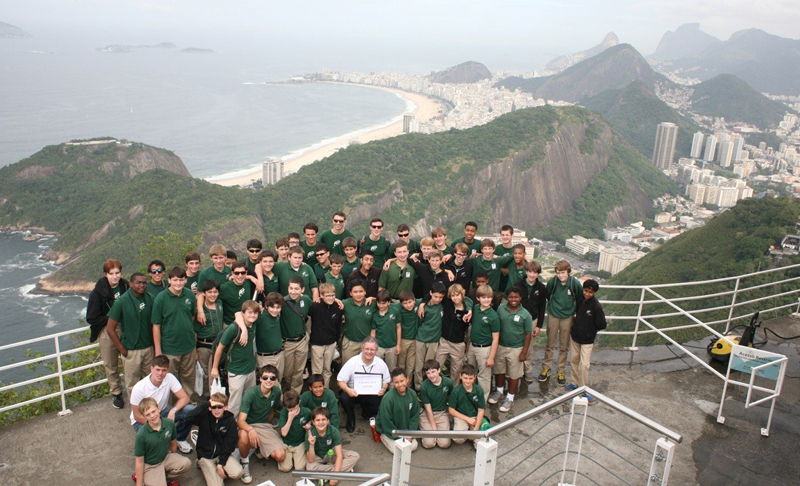 “Concert after concert, we finished feeling that we now shared a special bond with these strangers. Our Brazilian audiences were the most responsive and enthusiastic audiences we had played for during in our brief careers. Their warm response to us was a wonderful reward for our hours practice and travel. I came home feeling that I could more than justify the sacrifice of time and the expense of the trip because of this singular affirmation: music really is the universal language.”

“The Morgan State University Choir’s Brazilian tour was one of the most extraordinary experiences that we ever had! Musically, the audiences were extremely appreciative of all the different styles that we presented. In every concert, a profound connection to the audience was felt. The Morgan students totally embraced Brazilian culture via exquisite food and lively discussion with the choral groups who attended the concerts. Two of the destinations being coastal cities gave a beautifully exotic feel to the excursion. I cannot imagine having a better cultural exchange than what we had in Brazil.”

“On our choir tour to South America we sang together with three other choirs from the United States. Although there were many special and powerful music-making experiences one of the best was when we learned and performed a well-loved Brazilian folk tune. Our Brazilian audience loved it and sang along with us. It was a moment in which each person felt connected to each other despite differences in language and culture. Music really is a universal language for peace and unity—that was very true for me in that moment.”