With the Grammy-award winning Bulgarian State Television Female Vocal Choir and folk singers like Valya Balkanska  so talented she was chosen as part of NASA’s Golden Record representing humanity’s greatest artistic accomplishments, Bulgaria’s ancient and renowned musical traditions set the stage for well-received concert tours, collaborations, and workshops. Classical Movements has been organizing tours to the Balkans since 1995, allowing groups such as the Philadelphia Orchestra, National Symphony Orchestra, Oregon Repertory Singers, College of William and Mary and others to enjoy ancient cities and picturesque landscapes. Within that region, Bulgaria offers some of the oldest continually inhabited cities in the world, a world-renowned polyphonic tradition, and proximity to Greece, Turkey, Serbia and Romania.

The College of William and Mary, Bucks County Music Society, Milton Lehr Miami Club and the University Society Choir are some groups that have toured the area with Classical Movements. 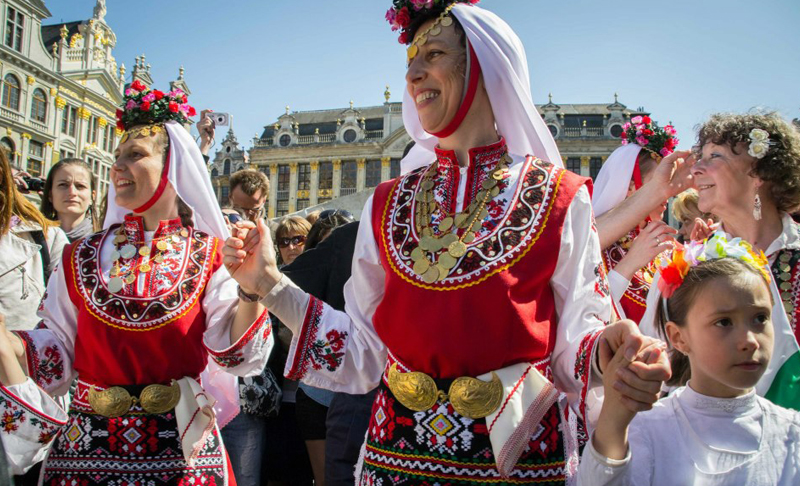 “We’ve worked with Classical Movements since 2000. Since that time we have developed a very successful partnership. They are responsive, creative, attentive, and reliable. We couldn’t ask for more from a travel agent.”

“Each month, I receive several phone calls and mailings from companies interested in organizing tours. My response to them is simple: ‘We work with Classical Movements.’ We work with Classical Movements because the staff is friendly and courteous, efficient and utterly professional. They are responsive to our desires for our tours and do everything they can to see that the group has a positive experience. We see no reason to look elsewhere if you are looking for the right company to handle your travel plans.”

“[Bosnia], known for its medieval cities and cobblestone streets, has been significantly rebuilt.  [Neeta] Helms said Croatia has plenty to offer Americans. ‘It is very much coastal, semi-Mediterranean, since it is north of what you call traditional Mediterranean,’ she said. ‘Even though we are going along the Adriatic, it is not a beach experience. It has some very old and historic towns. It is very cultural. It is like doing classical Greece with antiquities.”

“No matter when or where the Groton choir goes next, we’re going with you, Classical Movements!”

“Thank you for everything you’ve helped us with over these days: up to this point, you have provided the best tour assistance that the Escolania has ever had. Congratulations! You should be happy with the work that you’ve done to make all of us very happy. So many wonderful memories, and so great to have gotten to know you. Please pass along my thanks to all of the marvelous people at CM!”

“Thanks so much for all your wisdom and patience in helping us with this little mini-tour.  Working with you guys is always a pleasant, uplifting experience, well beyond the usual ebb and flow of a normal business relationship. There seems to be an ever-present thread of genuine kindness and appreciation running through all you do. I sincerely appreciate it.”

“I just wanted to let you know how exceptional the tour in Europe turned out to be for the Singers. The venues were excellent, hotels were great and Constanza was a dream to work with. The highlights were the concert with the Vienna Mozart Orchestra and the evening mass at Notre Dame in Paris. Salzburg and Innsbruck were great, too, a lot of fun. Thanks again for putting together a fantastic tour. Professional, personable and efficient are only a few words that can describe Classical Movements. I have had the opportunity to personally work with this organization on tours throughout Austria, France and Italy. The venues chosen for performances were top-quality and world-renowned, and this was a priority for our group. Classical Movements definitely puts a lot of heart into their work.”