It is said that Hercules himself passed through the area known as Monoikos, building its first port and commanding the love of the residents who proceeded to build him a number of temples. Centuries later, the tiny land has itself birthed tales and traditions of Herculean proportion centered first around the famous Garibaldi family and today around Monaco’s indulgent natural and cultural beauty. While casinos and exclusive beach-side resorts are the main draw for many to this city-state nearly engulfed by France, this tiny kingdom, steeped in history, continues to promote a vibrant arts culture. Whether lounging on the beach or enjoying one of the weekly choral concerts at St. Nicholas’s Cathedral, Monaco can be paired with nearby France for an unforgettable concert tour.

Of course, Monaco and its beautiful main city of Monte Carlo are more or less an integral part of France. Classical Movements was co-founded by a Frenchmen and the company has done tours there since 1995 and sent about 50 different groups there over time or which about half have also been to Monte Carlo/Monaco. It also combines well with Italy. 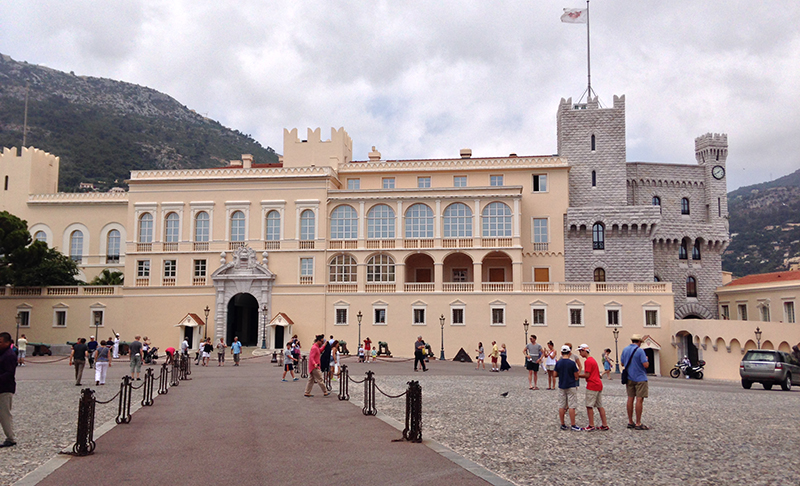 “My trip with Classical Movements helped me to realize the extent that I love music, and that I want to do it for the rest of my life. Breaking into song for people who spoke a different language, but who loved and appreciated us for a language that we do share, music, was an incredibly special experience.”

“The University of Kentucky Chorale had a fabulous tour with Classical Movements!  It was well planned and implemented.  One of the highlights for us was the opportunity to sing mass in St. Anthony’s Basilica in Padua.  We were standing 10 feet from the famous bronze crucifix sculpture of Donatello!  Another high point was the Music Festival in Bologna.  The tour was a wonderful musical and cultural experience for our students.  Classical Movements came through again!”

“We’re back from a very successful tour to France, and I want to thank everyone for all your hard work on our behalf. The festival concerts in Troyes and Reims had packed houses, and it was such a thrill to sing a Mass at Reims Cathedral that had hundreds of people in the audience, thanks to your publicity efforts. Everyone on the tour had a wonderful time. The hotels were excellent, the included dinners superb, and the touring unforgettable. So thank you a million for all you did in planning and negotiating to make this trip the complete success that it was. It was a memorable experience for all concerned, and we couldn’t have done it without you.”

“…[Blue Heart Tours offers] sightseeing and time for independent exploration in Paris and south of France, including Nice, Cannes, Monaco, Avignon, Nimes, Les Baux, Arles, Marseilles, Cassis and Camargue,. Enjoy flowers, herbs foods and wines. Highlights include Cezanne’s studio in Aix, a bakery museum in Lubernon; Palais des Papes in Avignon; the Amphitheater in Nimes; Roman Ruins and the van Gogh asylum in St. Remy; the Cloisters in Arles and a safari dinner and horse ride in Camargue.”

“With almost a year of meticulous planning by the Choral Arts staff, Blue Heart Tours and Classical Movements Inc. it was the society’s third overseas trip in three years. The Choral Arts Society toured Russian with the National Symphony Orchestra and Rostropovich in October of 1993 and 10 weeks prior traveled through Italy with performances at the Vatican and Spoleto Festival.”