With the company’s intrepid forays into the newly post-Soviet world in 1993, the Baltics immediately became an attractive touring destination with huge swathes of unpolluted wilderness, charming seaside villages and quiet, historical monasteries. Because of its longstanding presence there, local contacts in all major cities and towns including Vilnius, Kaunas, Riga, Jurmala, Pärnu, Tallinn and Tartu continue to work with Classical Movements to create individualized tours of the region.

Their robust choral culture has contributed both to folk music revivals and even the most nonviolent of protests during the Soviet Union: the Singing Revolution that spanned all three Baltic countries! Today, that musical culture combined with the countries’ gorgeous and historic sites continues to make this region a popular option for choral and orchestral ensembles. Groups like the George Washington Singers, the Pacific Boychoir, the Yale Concert Band, the Los Angeles Children’s Chorus, Yale Alumni Chorus, Philadelphia Boys’ Choir, Toronto Children’s Chorus and others have enjoyed well-publicized and memorable concert tours through the Baltics, sometimes pairing them with tours to Russia and Finland. 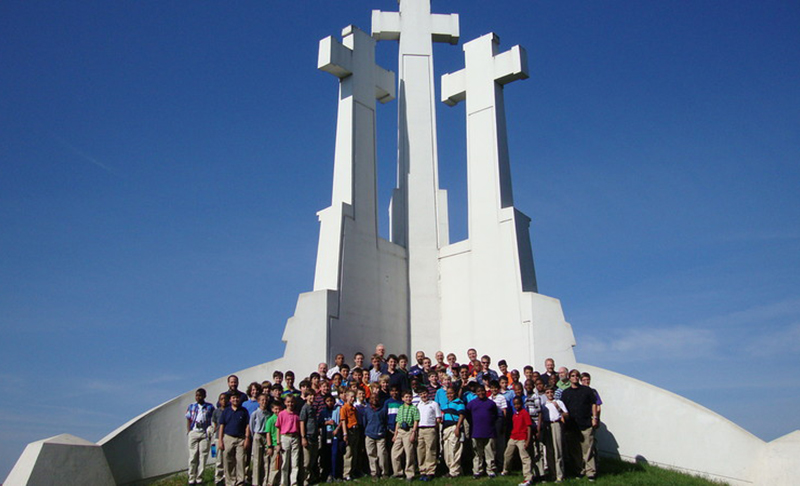 “Perfectly organized travel through Lithuania and Poland with four well-attended concerts and enthusiastic audiences—a wonderful experience for our young choir. Thank you for the great job. We really enjoyed our concerts, as well as the tour, itself.”

“Classical Movements has to be the best concert touring company in the business.  They are completely professional and at the same time very personal, culminating in the highest quality tour with much attention given to the specific needs of the group.  The staff is careful to find out exactly what the clients want and to always meet those needs.  They are very clear in their communication about your expectations and their expectations.  When we use a concert tour company, we always use Classical Movements, and as long as they maintain their high standards we will never use anyone else.”

“The Yale Alumni Chorus from the prestigious Yale University in the U.S. will be performing a spectacular concert in Riga.”

“Of particular note is the piece ‘Salve Regina,’ written by Estonian composer Piret Rips-Laul specifically for the College of William and Mary tour. Commissioned by Classical Movements, Inc. through the Eric Daniel Helms New Music Program, Rips-Laul’s composition is a fourteen-part work for two antiphonal choirs and is meant as a prayer for the Mother of God. The beautifully crafted work is expected to fill the space and create an ethereal experience that is truly transcendent.”