In 1992, our company was founded with the express purpose of organizing tours to a new Russia. Just one year and 3,000 satisfied clients later, we were engaged by the Choral Arts Society of Washington along with Slava Rostropovich and the National Symphony Orchestra to perform a landmark concert tour for audiences of over 100,000 at Red Square, Tchaikovsky Hall and the Moscow Conservatory.

With its longstanding presence in eastern Europe and the history of Russia’s rich musical traditions, Classical Movements has cultivated many dedicated local contacts in Moscow, St. Petersburg and the Golden Ring, as well as in nearby countries such as Ukraine, Estonia, Lithuania and Latvia. Choral and orchestral groups such as the Choral Arts Society of Washington, National Symphony Orchestra, Toronto Children’s Chorus, Pacific Boy Choir and Yale Symphony Orchestra have had the opportunity to perform in stunning cathedrals, culture houses and grand theaters and to collaborate with Russian orchestras and choirs. The Serenade! Festival has also brought Russian groups like the Konovets Quartet and the Russian Singers to the United States. The company has also worked closely with the late Russian baritone superstar Dmtrii Hvorostovsky, Russian/American conductor Constantine Orbelian and Russian choirs on many USA, Canadian, Mexican and UK tours. 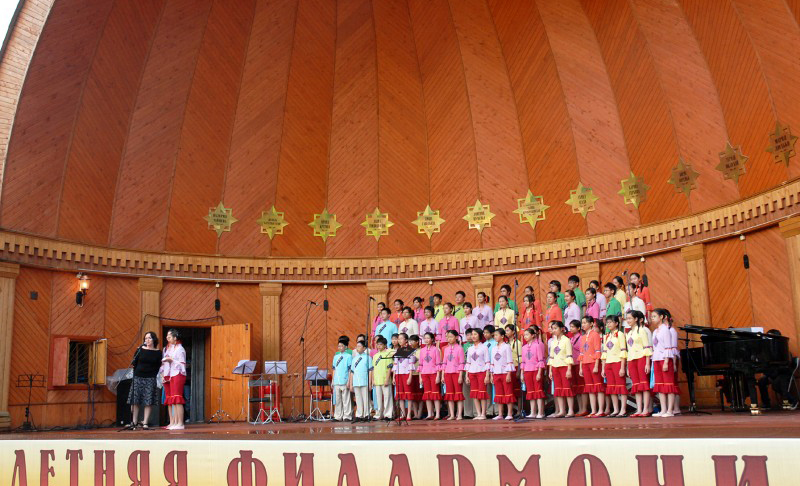 “Blue Heart Tours, the only U.S. operator that visits security-restricted Russian space centers, is planning a package around the first stay by American astronauts on Mir, the world’s only permanent space station…travelers will have the opportunity to meet the astronauts and watch their space shuttle launch from Baikonur, Kazakhstan.”