Still-standing Roman aqueducts weave their way around Skopje, a city that holds both Orthodox cathedrals and Ottoman-era mosques. With Macedonian new-folk and classical music experiencing unprecedented popularity, the blended influences so visible even its urban landscapes become the defining feature in its unique musical culture.

Classical Movements has been organizing tours to the Balkans since 1995, even sending the first American choir to the famed Dubrovnik festival and being the first American company to start tours to Croatia, Slovenia and Bosnia. Groups such as the Philadelphia Orchestra, National Symphony Orchestra, Oregon Repertory Singers, College of William and Mary and others have enjoyed ancient cities and picturesque landscapes. Macedonia, at the center of the Balkans in between Greece, Bulgaria, and Serbia, can be part of a larger tour across this fascinating region. 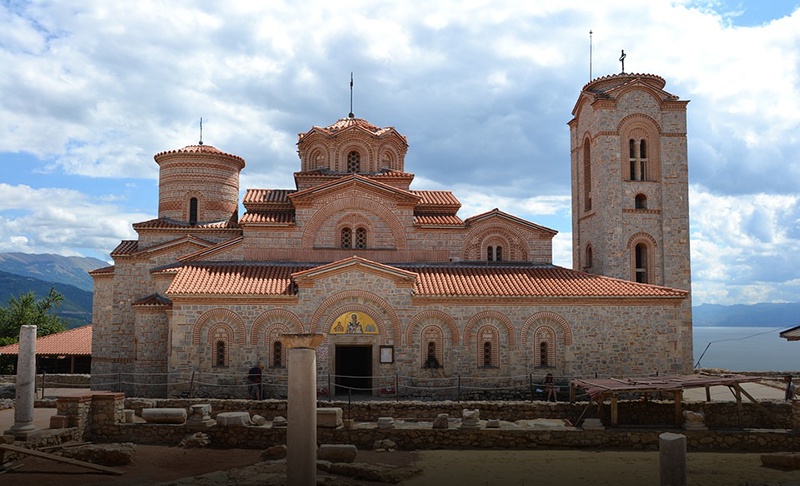 “We’ve worked with Classical Movements since 2000. Since that time we have developed a very successful partnership. They are responsive, creative, attentive and reliable. We couldn’t ask for more from a travel agent.”

“With the knowledge that our travel and hotel had been taken care of by Classical Movements, we could give our attention to the concerts and many outreach events that took place throughout the state.  The NSO operations staff really appreciates your hard work in advance and during our tours.  Your efforts are greatly appreciated!”

“The William and Mary Choir and I are so grateful to have had Classical Movements as a partner for our International Tour (2002). You brought us to welcoming and enthusiastic audiences and provided us with not one but two expert and delightful tour directors, Erja and Jeen. Our experiences -both musical and cultural- in Copenhagen, Stockholm and Tallinn are ones we will treasure for a long time to come. As you couple your special commitment to the performing arts with your organizational expertise, you play a vital role in helping to enlarge the vision and horizons of performer and audience alike. On behalf of my students and all those for whom we sang, I thank you for a job well done.”

-College of William and Mary

Helms said Croatia has plenty to offer Americans.”It is very much coastal, semi-Mediterranean, since it is north of what you call traditional Mediterranean,” she said. “Even though we are going along the Adriatic, it is not a beach experience. It has some very old and historic towns. It is very cultural. It is like doing classical Greece with antiquities.